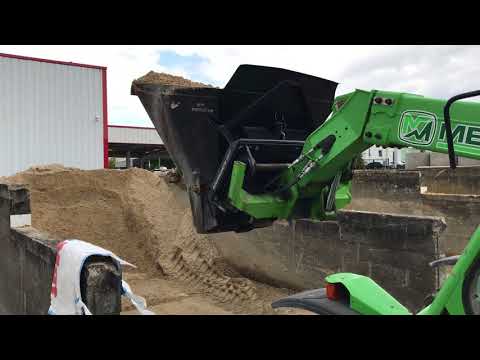 Stocks reversed earlier gains, turning lower in Europe as U.S. futures pared as many as 20 points of upside in overnight trading before turning lower on Monday, following a mixed session across most of Asia as investors weighed the outlook for equities after a roller coaster few weeks. Volumes were subdued with many banks closed for Veteran's Day in the US. Futures on the Nasdaq were flat after large-cap tech shares on Friday dragged the gauge down 1.7%.

Europe saw a sharp selloff in both the EUR and GBP this morning, with the EURUSD breaching 1.1300 to the downside, the lowest print since July 2017 as Brexit deal momentum once again faded, while the Italian budget negotiation failed to make progress ahead of another looming deadline.

For the euro, Italy was the main focus, with Rome facing a Tuesday deadline to submit a revised budget to the EU, though it has so far refused to cut the draft budget deficit, setting the stage for a collision with Brussels. Bernd Berg, strategist at Woodman Asset Management, predicted the euro would tumble below $1.10 from the current $1.126 “as renewed eurozone and Brexit angst and a diverging economic outlook with a strong U.S. economy versus a weakening eurozone economy will trigger further euro selling pressure.”
The drop in Europe's Stoxx 600 Index was led by household goods and real estate shares. Major European indices were mixed, with Germany’s DAX (-0.8%) lagging, weighed on by Infineon (-5.3%) following a projected revenue decline and SAP (-3.2%) after the company stated they are taking over Qualtrics International. UK’s FTSE 100 (+0.2%) outperformed thanks to the weaker pound and as several big names are in the green (BHP +2.8%, Shire +2.3%, Anglo American +2.0%) outweighing the significant losses for British American Tobacco (-9.1%) and Imperial Brands (-4.1%) following reports of FDA commissioner pursuing a ban on menthol cigarettes. Similarly, sectors are mixed with IT names lagging and energy names outperforming, with FTSE giant BP (+1.8%) benefiting from the rebound in oil.
Italian bonds fell ahead of supply and the government’s deadline to resubmit its 2019 budget on Tuesday where there appeared to be no progress, while Bunds follow gilts higher on a lack of progress in the Brexit talks; The 10y spread to Germany widened 4bps to 303bps while Bund gains were spurred by gilts, which outperform by 3bps as the latest Brexit impasse lowers the chances of a BOE rate hike before November 2019, even as the next 25bps BOE hike remains fully priced in for November 2019.
Markets were also spooked by reports that Banca Carige would need around 400 million euros ($451 million) to plug a hole in its capital base and Italy’s deposit protection fund could fill only part of it. CRG.IM was halted, limited down as a result.

That raises the specter of a banking crisis in the euro zone’s third-biggest economy, keeping Italy’s bond yield spread over Germany - the risk premium attached to Italian assets - around the psychologically key 300 basis-point mark. Italian bank shares fell 0.6 percent
Earlier in the session, the MSCI Asia equities index also dropped, though shares in Japan and Hong Kong finished in a tight range, while Chinese stocks - for once - bucked the trend closing 1.2% higher. While Shanghai was lifted over one percent by regulators’ promise to simplify share buybacks, MSCI’s world equity index was down 0.3% and Asian markets broadly weakened following Friday’s weak Wall Street close.
China closed in the green even as investors fretted about signs of slowing growth in China where e-commerce giant Alibaba was the latest to raise alarm bells, with the slowest ever annual sales growth during its Singles Day shopping event.
Australia's ASX 200 (+0.3%) and Nikkei 225 (+0.1%) both recovered from the early declines and traded marginally positive although weakness in tech and financials capped gains in Australia, while recent flows into JPY restricted upside for the Japanese benchmark. As noted earlier, the Shanghai Comp. (+1.2%) and Hang Seng (+0.1%) were initially lower amid growth and trade-related uncertainty, while the PBoC also recently noted that China’s economy is under increasing downward pressure. However, Chinese markets then recovered as officials continued to pledge measures to support businesses including wider tax cuts and with China also upbeat following record-breaking Singles Day sales.
With Asia mixed and European risk assets sliding, the Bloomberg dollar index printed fresh YTD highs: “King dollar has staged a return,” Credit Agricole's FX strategist Valentin Marinov said, adding that investors had piled back into the dollar after last week’s Fed meeting confirmed a rate-tightening path. "Euro and pound are both hurt by political risk and that is aggravating underperformance versus the dollar,” Marinov added.

After Monday's vicious Veteran's Day selloff, which took place with the cash bond market closed, world markets have regained their footing as European stocks and S&P 500 futures modestly higher, recovering some of the previous session’s losses on renewed hopes (how many times have we heard this already) for progress in the U.S.-China trade dispute following a report that China's vice premier Liu He is meeting Steven Mnuchin in DC, even as Asian shares dropped overall, led by Japan's 2.1% drop as tech stocks were hit on iPhone demand fears.

Europe's Stoxx 600 Index rose for the first time in three days, with telecoms leading the way after Vodafone announced better than expected quarterly results, although the index was off its earlier highs. Contracts on the Dow, Nasdaq and S&P 500 were all firmer, and after sliding as low as 2,720 on Monday, S&P futures were 0.6% higher.

Focusing on Europe, today is the day the Italians will resubmit their budget after the EC requested a new fiscal plan. No material changes are expected. According to Deutsche Bank, the commission will continue to adopt a tough stance on Italy. It seems inevitable they will recommend an Excessive Deficit Procedure (EDP) in the next few weeks. So for now any grand bargain is far away.
Earlier, the Shanghai Comp. (+0.9%) and Hang Seng (+0.6%) both opened lower although gradually recovered amid hopes for an improvement in US-China trade relations amid reports that US Treasury Secretary Mnuchin and Chinese Vice Premier Liu He spoke by phone on Friday about a deal that could ease trade tensions and with some US officials reportedly expecting China to make a trade offer ahead of the Trump-Xi meeting.

Treasuries climbed even as the Bloomberg Dollar Spot Index fell from an 18-month high as traders took profit on the greenback. The yen reversed to a loss as risk appetite slowly grew. The Britain’s pound pared some losses from the past three days after Prime Minister Theresa May said talks with the European Union were in the “endgame” and data showing U.K. wage growth accelerated.
Elsewhere, the euro recovered from its weakest against the dollar since June 2017, with Italy due to resubmit its budget. The country’s bonds pared some losses after a debt auction. Emerging market equities and currencies were steady.
In a curious development overnight, major state-owned Chinese banks were seen selling dollars at around 6.97 per dollar in the onshore spot foreign exchange market in early trade on Tuesday, traders told Bloomberg in the latest attempt by Beijing to arrest sharp losses in the local currency. The onshore spot market opened at 6.9681 per dollar, weakening to a low of 6.9703 at one point in early deals. “Big banks were selling (dollars) to defend the yuan,” said one of the traders. Traders suspect the authorities are keen to prevent the yuan from weakening too sharply before U.S. President Donald Trump and his Chinese counterpart President Xi Jinping’s meeting later this month.